Please note that our drivers and guides have some Tokyo sex resources for foreigners, you can contact them in advance for consultation or email us to request their contact information in advance. But our company itself does not provide sex tour service in Tokyo, Japan.

This article contains topics of an adult nature. You must be over 18 years old to visit this page. If you are under the age of 18, please exit off of the page and do not read further.

First of all, most of the establishments in Tokyo are not open or friendly to foreigners. The industry is partially controlled by the Japanese communities, and more and more establishments are being run by foreigners. So the need to choose a minority of foreign-friendly places is not an obvious racial idea, but mainly because of language barriers and cultural differences. Most places in Japan prefer to do business only for their own people and locals. When foreigners visit, they will directly refuse to provide services. Even in the few places that host foreigners, the price is mostly more expensive than for locals. There is no official data on the number of prostitutes working in Tokyo, but it is estimated that more than half of women in the industry work here. The number of women may be between 80,000 and 300,000. Prices also vary widely with local girls starting at about $150 per hour and upscale services can cost as much as $1,000 per hour.

Prostitution has been illegal in Japan since the Japanese government enacted the Anti-Prostitution Act in 1956. Prior to this, the sex industry was an industry with a well-established management system. In order to adapt to the new laws, the Japanese sex industry has extended in many forms, such as brothels in Tokyo, with names such as sex clubs, soaplands, image clubs, massage salons, and many other names. Because direct sexual intercourse is illegal, the variety of diverse words makes sex services more operational.  In this way, the sex industry with the most Japanese characteristics was born. 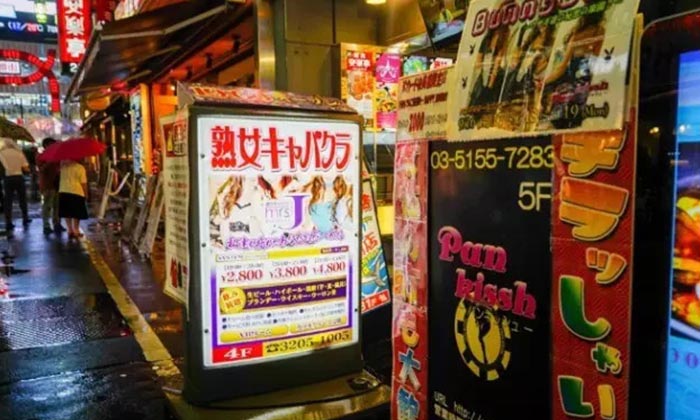 Tokyo's Red Light District
The largest traditional red light district in Tokyo is Kabukicho, located in Shinjuku, Tokyo, known as one of the largest red light districts in Asia. The crowds here are very dense and bustling, with many restaurants, comic shops, karaoke, bowling shops, cinemas, etc in Kabukicho. The entertainment venues are diverse, but most are venues such as bars, nightclubs, lover's hotels, cattle shops, flooded in all corners of Kabukicho. In the red light district, please note that at night, there will be a lot of pimps in the business, but don't forget that most places are not receiving foreigners like other places. Now many places in Shinjuku are actually operated by foreigners, and specifically for foreigners to recruit business pimps. The places you take to are generally run by foreigners, but in such places, you should pay attention to fair prices. In addition to Shinjuku, Tokyo has some smaller red light districts including:
Gotanda in the Shinagawa War, Dogenzakais of Shibuya, Senzoku 4Chome, Roppongi in the Minato, etc. Due to its small size, it is easier to find the place you need. These small red light districts have different characteristics. Like Roppongi in the Minato, they are known for strip clubs and hostess bars, and even prostitutes can be found on the streets. The red light district of Tokyo became a popular spot for many foreign tourists to look for food and take pictures. Whenever night falls, this place becomes the busiest place in Tokyo. In addition, 2-Chome is 1.5 kilometers away from Shinjuku and is a famous gay area and for transsexuals. It has more than 300 bars and clubs, and 1-Chome and 3-Chome are lesbian areas with many gay shops and same-sex bars in the area. 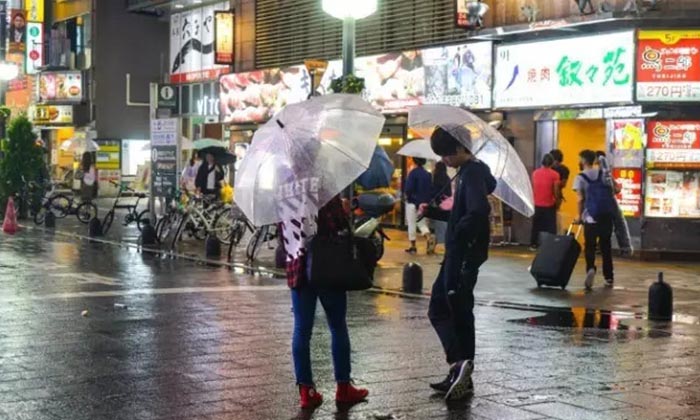 Tokyo Escort Girls
Every year, a large number of tourists travel to Japan from the united States, the UK, Australia, and other countries. Tokyo has a large number of business guests and the industry of escorts is huge. In addition to professional escort girls, there are a large number of students earning extra money in their spare time as foreigners also provide Escort Services. The price of escort services varies widely as the high-end ones can cost up to $1,000 an hour, which is almost the most expensive in the world. In addition, there is a massage escort service in Japan, where the masseuse can visit your place of residence, but at an additional cost. This service is called "Delivery Health" and rarely provides sexual intercourse, which is different in most massage parlors. As with other sexual services, the vast majority of escort companies or individuals do not provide services to foreigners. Such websites that provide escort girl services for foreigners in Tokyo are not hard to find on the web, and such companies earn a service fee for the price tag.

Foreign Prostitutes in Tokyo
Tokyo is an international metropolis with a significant number of foreign prostitutes from almost all regions of the world, but mainly from other countries in Asia. If you meet pimps who are actively soliciting foreign business in the Red Light District of Tokyo, most of the places they introduce are also foreign-run. Foreign prostitutes are cheaper than local prostitutes, and most can speak simple English. They are mainly concentrated in KTV, Strip Clubs, Erotic Massage Parlors, and other places in the red light district. If you want to find non-Japanese girls in Japan, it is more convenient than looking for Japanese girls, as even some are mixed-race. They often switch between Japanese-owned places and places of foreigners, more friendly to tourists. In addition, foreign prostitutes in Tokyo are very active on the Internet, and because English is more popular, they will also recruit business on the Internet. If you want foreigners who are interested in Tokyo's sex industry, it is not difficult to find these websites that provide Tokyo Escort services. But please keep in mind that most girls who speak English fluently on the Internet are not Japanese and some are not professional prostitutes. They include students studying in Japan and working foreigners, as it is not easy for most westerners to distinguish between Japanese and other Asians. 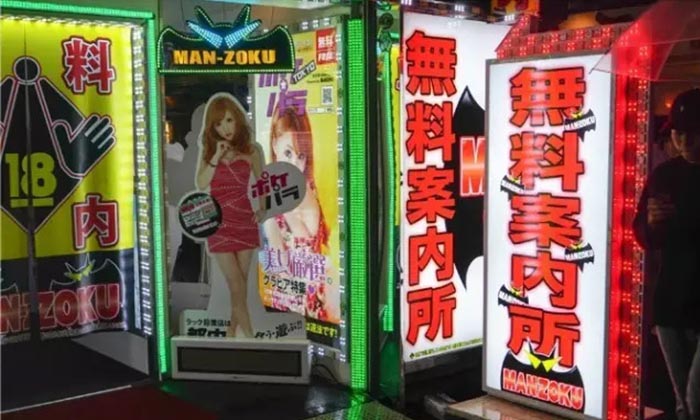 Tokyo Street Prostitutes
There aren't many prostitutes in Tokyo as you can find these girls in some red light districts, such as Roppongi in the Minato. There are also street prostitutes of different nationalities in areas controlled by foreigners. The prices of prostitutes in the street are usually around 100 USD per hour, but you need to pay for the hotel room for a short time. Generally, it is not easy to find Japanese girls. You can go to the bar or disco club to try your luck, if you have a drink or can talk to you in English, perhaps for you to have a chance to achieve your goal. Although there are not many standing women in Tokyo, there are many pimps in the Red Light District. It should be noted that pimps who actively sell to foreigners are not  Japanese.

Love Hotels in Tokyo
Love Hotels in Tokyo, Japan are well-known in the world. There are thousands of love hotels around the red light district. Most love hotels come from local Japanese, including couples, lovers, and escort services. Generally in Tokyo, if you want to go on a date with a girl, the Love Hotel is much more convenient than going to your hotel. There are hundreds of such hotels in Shinjuku, the largest red light district. The Love Hotels generally do not require reservations, as the traditional way is to go to the hotel and in the lobby, if you see a room key on the display wall, it means the room is currently available. You just need to remove the key yourself and pay the room fee at the front desk according to the length of time you need the room. It depends on the level of the room and the hotel as prices range from USD 30 to 70 per hour. The rooms of the Love Hotel are generally much larger than those of regular hotels. Some high-end hotels will also decorate the rooms in different styles, which are much larger than conventional hotels. The bathroom and even the room will have free contraceptives. Usually, on the weekends or days when Japan gets paid their salaries and bonuses, the hotels are full.  When you leave the hotel, there will be staff there to quickly clean the rooms and you just need to return to the front desk. These love hotels are not only for escort services, as there are often couples and lovers that visit. 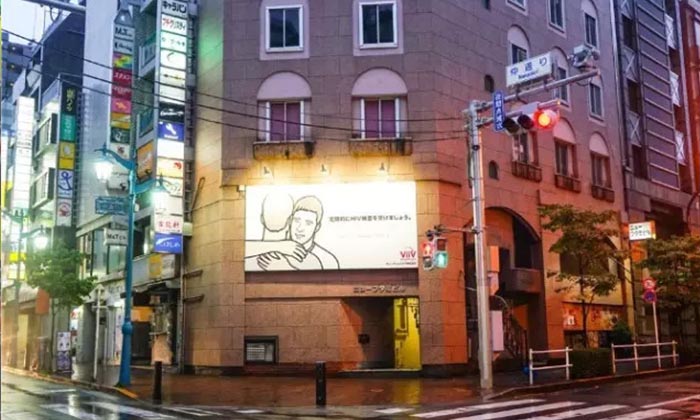 Tokyo Brothels
The brothels in Tokyo are not the kind of brothers in the traditional sense. Because prostitution is illegal in Japan, the Japanese sex industry has many forms of providing sex services and has also formed different places of services. Because most services do not accept foreigners, here is only a brief introduction to the places currently available on the Internet that provide services to foreigners. The most popular forms are:

Soaplands Club
Soaplands Club is very similar to the Thai bath form. You can choose girls with photos upon arrival. After paying, the girl you choose will usually meet you at the entrance of the corridor. There will be a large bathtub in the room and you bathe in foam, provide oral sex and physical stimulation services. The vast majority of Soaplands Club provides left-loving services, but remember that this is illegal. The vast majority of Soaplands Club does not provide services to foreigners. From the Internet, we have found some places that provide services to foreigners. Please note that sometimes the service for foreigners is entirely determined by the receptionist, as you may be declined service. 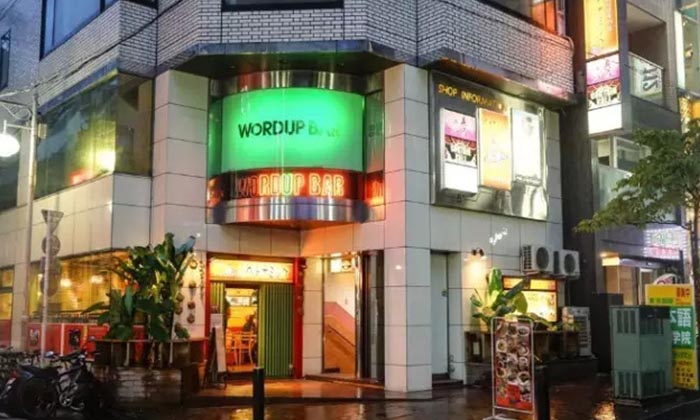 Karaoke Bars
Karaoke was invented in Japan and is very popular in Asian countries, not only in Japan, but also in other Asian countries, such as South Korea, Vietnam, and China. It has evolved into a venue with girls and alcohol. According to Japanese government regulations, Karaoke Bars in Japan already have few independent rooms, most of which are open sofa pools. Asians like to talk business and relax in this environment. In addition to paying for drinks, at Karaoke Bars in Japan, you can choose to have an escort girl accompany you. It comes at an additional cost, and if you intend to be close to the girl, this requires the girl's permission and their consent. Karaoke Bars for foreigners are mostly run by Chinese and Koreans and most concentrated in the Shinjuku area. Karaoke Bars are not suitable for foreigners outside of Asia to participate as most of the songs are in Asian languages. You cannot communicate well with the girls as they will most likely not speak much English, but some girls do speak simple English.
Exotic City- Address: Unakami Bldg. 4F. 3-11-6 Roppongi, Minato-Ku, Tokyo
Stardust Club- Address: Sekitora Bldg. B1F. 6-17-5 Nishi-Kasai, Edogawa-ku, Tokyo
Club Princess Primrose,- Address: New Royal Building 4F. 3-6-18 Akasaka, Minato-ku, Tokyo

Japanese Sex Dolls
Are you ready to experience a mazing time with an exotic Japanese sex doll? There are many ways to buy Japanese sex dolls, the best place to check is through online retailers. Secondly, if you have an opportunity to visit sex shops in Japan, most shops have Japanese love dolls for sale. There are plenty of sex shops in major red-light districts, such as Kabukichou in Shinjuku.

Japan Chauffeur Services
As a reliable limo company, we offer the best chauffeur service in Japan at an affordable price for tourists and businessman from overseas. Our drivers knew Japan well, and most of them can sepeak basic English.  If you have any special needs beyond the scope of limousine services in Tokyo, such as night trips, pickup service at Narita Airport, etc. Please communicate with your private drivers directly, I believe they will give you a satisfactory service.
Related Articles You May Like 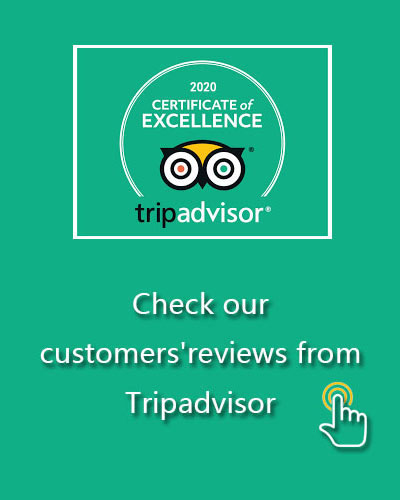